Be a sharp shopper this Cyber Monday with major discounts at Amazon, Target, Williams Sonoma, and more.

Mary Claire Lagroue works as an associate commerce editor at Food & Wine. A former associate editor at Allrecipes, she joined Dotdash Meredith in 2019. She has written about food since 2017, and her work can be found in Southern Living, Cooking Light, and more.

Knives rank among the kitchen tools cooks reach for the most, and knowing you grabbed a good deal on yours just adds to the satisfaction of working with a brand-new blade. While quality cutlery makes a difference, building up a set can cost hundreds, even thousands, of dollars. Not to mention, a nice knife isn’t an inexpensive gift. If you’ve put off purchasing knives, take advantage of Cyber Monday to procure them at some of the year’s best prices.

Our list of Cyber Monday sales features knives from our favorite brands, like Zwilling, Henckels, Wüsthof, Global, Shun, and Dalstrong, including several that we’ve tested and recommended before. In addition, we’ve looked for the best prices at retailers like Amazon, Target, Sur La Table, and Williams Sonoma to ensure that you’re getting a great deal. Whether you’re searching for a Japanese knife, bread knife, paring knife, or an entire block set, you’ll find the best Cyber Monday knife deals right here.

You want to know whether you can rely on a chef’s knife before you invest, as you’ll use this kitchen workhorse for a number of tasks. After rigorous testing, we named the Global Chef’s Knife the best lightweight option, and it’s a steal at just $88. The Material 8-Inch Knife, meanwhile, earned the title of Best Value in our tests, and, at just $60, it stands out as one of the best prices on this list.

If you want to save on a splurge, Zwilling has knocked $175 off its limited-edition Intercontinental 290 Years Knife for Cyber Monday only. The German brand forges its blades from a special formula of high-carbon stainless steel, and this knife’s gorgeous bocote wood handle would make it a special gift. Another notable deal from Zwilling, the Four Star 8-Inch Chef's Knife is 43% off for $100.

No need to overthink your knife needs: a knife set will cover them all. One of our go-to manufacturers, Zwilling J. A. Henckels, has cut prices on its site and across the web for Cyber Monday. We’re eyeing deals on two Henckels 15-piece knife blocks, which are going for just $100 and $130 at Target and Amazon, respectively. Or, upgrade to the Zwilling Twin Signature 19-Piece Knife Set with Block while it’s 31% off.

The Chicago Cutlery Fusion 18-Piece Knife Block Set earned the title of Best Value following our extensive knife sets tests, and at $90, it’s the best price per knife on this list, too. Though the Calphalon Classic Self-Sharpening 12-Piece Cutlery Set wasn’t a winner, it was a strong contender, and it’s now 41% off at Amazon. While many knife sets include steak knives, you can also stick to the basics with smaller sets, like the Global Takashi 7-Piece Knife Block Set, which we chose as the best modern knife set in light of our tests.

If cutting steak and tougher meat feels more like sawing than slicing, it’s time to upgrade your steak knives. After testing and reviewing almost two dozen options, we chose the Dalstrong 4-Piece Steak Knives as the best for thick cuts. Their high-carbon steel blades glide right through the average ribeye, and they’re now 20% off just for Prime members at Amazon. If you prefer the convenience of dishwasher-safe blades, snag the Henckels 8-Piece Stainless Steel Steak Knife Set, our choice for Best Serrated, for just $45.

If looks matter, add a bit of color to your dinner spread with The Table Knives from Material, which we named the best modern steak knives, while the entire site is 20% off. If you prefer a limited palette, the Zwilling Pro Le Blanc 4-Piece Steak Knife Set looks extra-sleek with white handles, and it’s marked down 56% at Target.

If you’ve been reluctant to buy a Japanese knife, whether due to cost or indecision, Cyber Monday sales can be an easy entrypoint. Standout deals on Santokus range from $56 for the Mitsumoto Sakari 7-Inch Japanese Santoku Knife to $150 for the Shun Classic 8.5-Inch Hollow-Ground Santoku – both knives are handcrafted in Japan from super-strong steel that resists dulling and corrosion. Though German-made, the Henckels Forged Accent 2-Piece Asian Knife Set includes santoku-style knives in two sizes for only $50.

Though small, paring knives make a big difference when it comes to cutting produce like scallions, citrus, and herbs, offering more precision and control than a chef’s knife. Their size also allows companies to price them for much less than chef’s knives from the same collections. Factor in Cyber Monday, and you can get a Zwilling knife for just $20. Said knife, the Zwilling Twin Gourmet 4-Inch Classic, has a bit of flexibility to it that makes it a good choice for peeling vegetables. It performed well when we tested paring knives, though flexibility can be a con for other tasks. Want a weightier tool? The Almost 4-Inch Knife from Material also stood out in our tests, and it’s now 20% off.

If you spent 2020 perfecting the art of baking crusty baguettes and sourdough boules, don’t neglect the important last step: slicing with a serrated bread knife (which also saves your hands some work). A handful of the bread knives we tested and reviewed are now on sale for Cyber Monday. Check out our Best Splurge, the Global Sai Bread Knife, while it’s 20% off and our Best Value, the Misen 9.5-Inch Serrated Bread Knife, for an even better value at just $56. 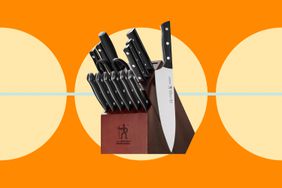 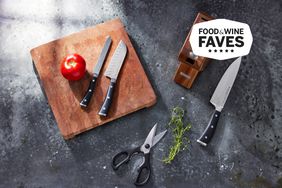 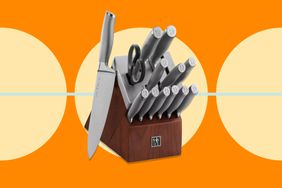 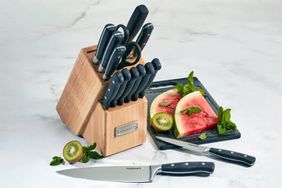 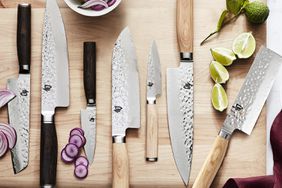 These Japanese Knives Rarely Go on Sale, but You Can Grab Them for Nearly 40% Off at Williams Sonoma Right Now 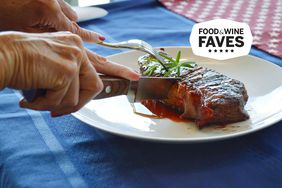 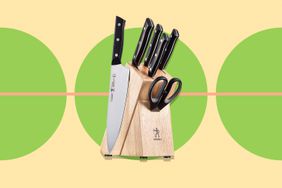 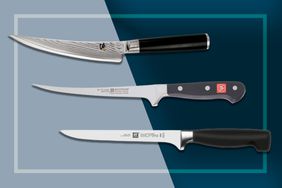 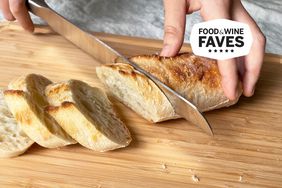 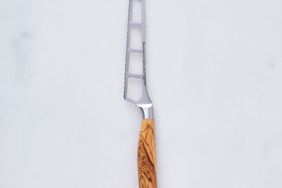 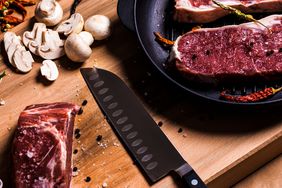