Beer may never be known for terroir like wine, but that doesn't mean brewers can't imbue a sense of place into their products. In fact, with more ingredients than wine, beer has more opportunities to lovingly nod to its locality, and that's happening more and more. Here's how five breweries are tapping into each of beer's ingredients to offer a taste of place. Don't chill these down too much, though—unlike that 12-pack of Bud Light, these benefit from being taken out of the ice several minutes before serving.

Very few brewers work with hops from their own fields, but Kent Falls grows just enough Chinook and Brewer's Gold hops for its annual Campland release. "Managing less than an acre of hops organically in northwest Connecticut is an absolute labor of love," says cofounder Barry Labendz. "But the result is a connection to the hops' character that cannot be replaced. With every harvest, we continue to see a more prominent citrus rind and light herbal note, which in turn defines what Campland is."

The Old School The New, Washington

Malts are the backbone of every brew, and though working with locally grown grain is rare, it has its rewards. "With colder, more unpredictable weather and shorter growing seasons, we end up with grain that has distinct regional flavors, such as honey and graham crackers," says Renee Evans of Washington's Garden Path Fermentation, which exclusively uses barley and wheat sourced by Skagit Valley Malting from local farms for this IPA-inspired beer. "We believe working with local malt promotes higher quality and character over consistency. It's like when you buy vegetables from your local farmers market."

At Maryland's Manor Hill Brewing, their untreated well water highlights the malt and yeast notes in this pilsner. "Our water's minerality lets us be closer to the water chemistry of European pale lager breweries, while also making our pilsner decidedly ours," says head brewer Daryl Eisenbarth. "It gives it a crisp, barely dry finish."

"The blend of yeast and microbiota found around our brewery is specific to our area, and the flavors they impart in our beer include notes of apricot, lemon, stone fruit, and a hint of 'funk,'" explains Jason Perkins, brewmaster at Allagash Brewing Company. Coolship Red is aged with fresh raspberries, adding the profile of the fruit to the beer.

Some breweries are literally turning to their backyards for local flourishes. Scratch harvests up to 120 pounds of this beer's namesake mushrooms from their property. "You know it's chanterelle season here because you can smell that earthy, apricot aroma after a rain," says co-owner and brewer Marika Josephson. "That's the aroma we tried to capture in this beer." 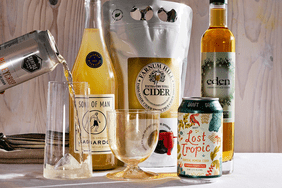 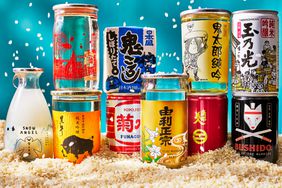