These 9 editor-approved favorites channel the best of spooky season.

With Labor Day well behind us, the dregs of tomato season are giving way to pumpkin-flavored-everything in a polarizing time of year that overtakes big box stores, grocery aisles, and bottle shops alike. Whether you're pro-PSL or refuse to acknowledge summer's end until the autumnal equinox, there's no denying that Oktoberfest and pumpkin beers are everywhere this time of year. It's seasonal, but comes with a certain amount of drinker's risk.

To make picking up a six pack feel a little less scary, team Food & Wine tasted through as many seasonal beers as we could get our hands on. Read on to find the best of the best for every kind of tailgate, Halloween party, and precious last park hang of the season.

We'll admit that at first glance, we weren't sure what to make of CAKE!, a boldly branded, limited edition pastry beer from Massachusetts-based Exhibit 'A' Brewing Co. Made with specialty light-roast coffee, this beer has a delightful coffee cake flavor with a surprisingly savory finish. Our team noticed vegetal notes of bell pepper as well as cinnamon and vanilla. Think of this as a coffee lover's balanced fall beer.

One editor called the flavor of this dark-hued ale from Allagash almost stout-like. Others mentioned flavors of molasses and caramelized coffee. Predictably hoppy (in a good way!), this beer is a dependable fall pick with great distribution across the country.

With this many exclamation points in the title, we opened Thompson Island's fall offering with great expectations. Happily, the Delaware-based brewery delivered. One editor mentioned that this beer would resonate with fans of sour beers, while others agreed on a toasted bread finish, lots of hops, and nice balance.

The folks at Genesee Brewing Co. turned out a golden lager that our team found incredibly easy to drink. With its creamy and bright finish, many of our editors felt this would be a great beer for the non beer-drinkers out there (myself included!).

Perhaps the easiest beer on this list to source –– chances are, your local bodega already has it in stock –– this offering from Sam Adams is a hit for a good reason. Our team enjoyed the notes of baking spice, cinnamon, and nutmeg, but especially loved the unexpectedly bright acidity. As one editor put it: "This would be a great beer for a wine drinker."

This traditional German-style Oktoberfest beer was a big hit among our editors. One felt it tasted "like drinking shortbread cookies –– in a good way," while another praised its restrained, subtle finish and acidity. We all felt it merited bonus points for the eye-catching, bright red can with an endearing illustration of a Bavarian village.

There's a lot going on in the packaging of this beer (it's not a special release, it's a spicy release), and the flavor certainly doesn't shy away from being big and bold, either. We tasted harmonious, tangy notes of nutmeg, cardamom, and star anise. This is a great option for folks who can't handle overly sweet, pumpkin-flavored fall beers, but still want something seasonal to warm the spirit.

In a sharp departure from Atomic Pumpkin, this ale doesn't shy away from sweetness, but many of us were more than okay with that route. Think flavors of cinnamon rolls and caramel mixed with nutty farro and wheat berries –– an unorthodox combination for sure, but it somehow works here.

True to the Montauk vibe, this seasonal pumpkin ale from Montauk Brewing Co. is as easy going as it gets. If you're looking for bold spices and pumpkin flavor, this option probably won't satisfy that particular autumnal craving, but our team appreciated its clean (not cloying) flavor, subtle hops, and gentle spices.

Buy Here
Was this page helpful?
Thanks for your feedback!
Tell us why!
Related Articles 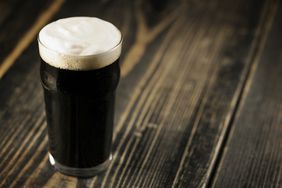 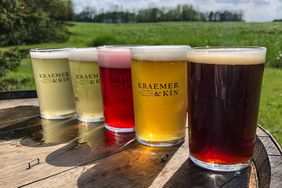