It was a bold idea to begin with. For generations, Trappist monks in Europe have been brewing beer under strict guidelines to cover living expenses at their monastery – and along the way, created some of the most highly-regarded beers on the planet: names like Westvleteren, Rochefort, and Orval. However, Trappist monasteries exist all over the globe, and nothing prevented other monks from brewing their beers to International Trappist Association's standards and joining the tiny Trappist beer club.

In 2013, in the midst of an American craft brewery boom, St. Joseph's Abbey in Spencer, Massachusetts, did just that — launching the Spencer Brewery to become, at the time, just the ninth brewery to be approved to use the Authentic Trappist Product label. More importantly, they also became the first brewery to use the label outside of Europe.

But despite this noteworthy achievement, Spencer never seemed to create the same excitement as its Belgian brethren like Westmalle and Chimay which trace their roots back to the 19th century. And over the weekend, America's only Trappist brewery has announced it's closing its doors.

"After more than a year of consultation and reflection, the monks of St. Joseph's Abbey have come to the sad conclusion that brewing is not a viable industry for us," the brewery posted to its Facebook page. "We want to thank all our customers for their support and encouragement over the years. Our beer will be available in our regular retail outlets while supplies last. Please keep us in your prayers."

According to Worcester Magazine, Spencer had recently teamed up with Northeastern University in an attempt to create an advertising campaign to extend the brand's reach, but clearly, the plan hadn't panned out.

By ceasing brewing operations, the number of Authentic Trappist Product brewers in the world will now drop to ten: Along with the five aforementioned classic Belgian brands, the other five remaining authentic producers are Netherland's La Trappe and Zundert, Austria's Engelszell, Italy's Tre Fontane, and — most recently — England's Tynt Meadow, which opened in 2018. 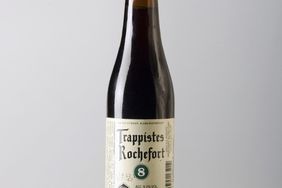 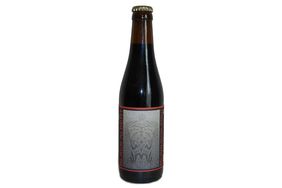