F&W Star Chef
» See All F&W Chef Superstars
Restaurants: Spiaggia, Terzo Piano (Chicago)
What’s your signature dish? Gnocchi in a ricotta cream sauce with black truffles. We can’t take that off the menu, we’ve tried.
What was the first dish you ever cooked by yourself? Pizza, including making the dough from scratch. I was probably in high school when I first tried it. If you take the time to let it rise properly, it can be such an easy thing to make. It’s also so satisfying. It makes you feel like it’s worth the calories and the time it takes to make.
Who is your food mentor? My grandma from Calabria in southern Italy. Anything you had at her house was so flavorful you never forgot it. The way she cooked—and it’s true of all Italian cuisine—is that the fewer ingredients the better. Her tomato sauce was tomatoes, garlic, olive oil, salt and pepper, and pork neck bones. A little dusting of Pecorino Romano, and that’s Calabria on a plate.
What’s the most important skill you need to be a great cook? You need to understand how important browning is to flavor. Take the pork neck bone recipe from my grandmother. If the bones weren’t well browned or the garlic wasn’t perfectly golden, it wouldn’t have the same flavor. To be able to deglaze that pan to lift up all those brown flavorful bits, that’s a huge part of cooking.
Best-bang-for-your-buck ingredient? Great fresh olive oil. It’s not the most affordable ingredient, but it can really change a dish, and elevate a dish, whether you’re finishing with it or cooking with it.
Current food obsession? Tapas. I’m really craving that. The city that has great Spanish food right now, other than in Spain of course, is London. Barrafina is great, and a place called Tapas Brindisa.
Best-bang-for-the-buck food trip: Where would you go and why? Miami. There’s a group there called Pubbelly that’s really good. There’s a little shrimp shack called La Camaronera where I had these grouper cheeks on the bone—I’d never seen them before, and they were incredible. And there’s so much great ethnic food there.
What is the most cherished souvenir you’ve brought back from a trip? Truffle slicers. When you’re traveling in Italy you can get some really unusual ones. We picked one up that looks like an owl, that’s really cool.
What’s your talent, besides cooking? I was a music major in college, before I realized I liked cooking more. Even though I haven’t picked up my trombone in 30 years, I keep telling myself I’m going to do it.
If you could invent an imaginary restaurant project, what would it be? I would like to do something that serves dishes that were historically important to Chicago over the past couple of hundred years, using products from this area, like lake perch and frog legs. Not reinvent the wheel, but do them correctly, like shrimp Dijon and beautiful prime rib.
If you were facing an emergency, and could only take one backpack of supplies, what would you bring? Great olive oil, great balsamic, flour, good Parmesan, and honey from Mieli Thun in Italy, which is the most incredible monofloral honey. They have chestnut honey, artichoke honey. It’s made by this nomadic beekeeper who takes the bees to wherever certain flowers are blossoming.
What is your favorite snack? I’m a real sucker for Cape Cod potato chips. There’s also a cheese made in Wisconsin called brick cheese. Some of that sliced really thinly, with Cape Cod potato chips and a cold beer would satisfy all the senses. 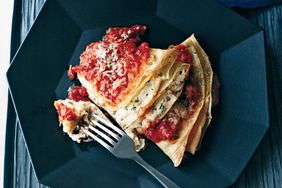 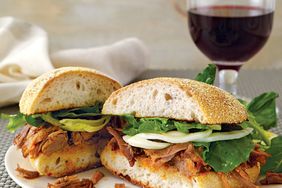 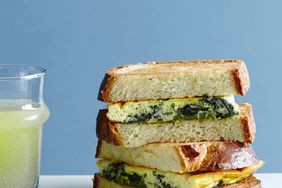 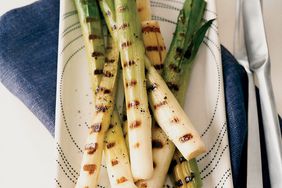 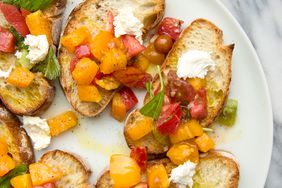