How he got into cooking “My dad got transferred to London when I was 12. When I came back to Massachusetts two years later, all my friends were into skiing. On my first time, on my first run, I shattered my collarbone. I had been enrolled in a typing class, but I got pulled out and had to pick another class. I chose the one called ‘chef’s class.’ ”

Early food job Working at Burger King. “I got fired after three weeks for having a fight with ice.”

Serious hobby Beermaking; he has a brewing certificate from the American Brewers Guild and has worked as a brewer at Harpoon in Boston and at San Francisco Brewing Company. “I got really into beermaking as the result of a trip to Ireland, where my uncle lived. He home-brewed and sent me back with a bunch of equipment.”

Career turning point “I was worried about the trendiness of the brewing industry—would craft beer turn into martinis? But everyone needs to eat.”

Biggest influence Robert Curry at Domaine Chandon. “He was such a decent person. I was old when I graduated from culinary school, 30; I was too old to get screamed at by a chef.”

Biggest kitchen disaster “It involves a fire at Five Fifty-Five. We have a copper hood that we polish periodically. The rags we used were stored in a plastic bucket in the back of the kitchen. At the end of service one night, we could smell something unnatural burning. The rags combusted—it was the different chemicals in the rags with a hot towel on top. The place filled up with smoke, and the fire department showed up. It was just really close to the whole thing just going up. We have candles on the tables and it drives me crazy. When I try to take them off, my wife, Michelle, just puts them back on.”

Pet peeve When chefs in his kitchen taste with their fingers. “That drives me nuts—it’s an open kitchen, and I have a degree in biology. I’ve learned sanitation on a microscopic level.”

Favorite kitchen tool His Vita-Prep blender. “It died on us once, and it almost shut down the restaurant. We fight over it.”

Most memorable meal “My wife’s French grandparents have good friends who are regulars at Troisgros [the Michelin three-star in Roanne, France]. The six of us went there, and Michel Troisgros cooked for us, then gave us a tour of the kitchen and wine cellar. He couldn’t be a bigger chef, but he spent his whole day with us. At the end, he gave me his credit card to get him a cookbook on the Maine coast and told me to send it back to him with the cookbook. Of course I didn’t take his credit card, but I did send him the book.”

Most memorable meal #2 His first meal at the French Laundry, in Yountville, CA, after his wife was hired there. “She was required to come in and eat to get a feel for the restaurant. The meal was paired with wine, and there was no charge. You can’t even leave a tip—I tried to hide one under a napkin, and they came out to the parking lot and returned it. The Oysters and Pearls—you read about it, but you can’t believe it’s that good.”

Fantasy splurge “I’d probably go to El Bulli [in Roses, Spain]. When my wife and I were traveling in Spain, I tried to call them to see if we could get in and they were like, ‘You’re crazy.’ ”

Favorite cheap eat Lobster Shack at Two Lights in Cape Elizabeth. “If you get the steamed lobster or a lobster roll, you’re gonna spend some money. But you can get the fried clams—they’re spectacular—and bring your own wine and sit right on the water at a picnic table, and that’s a deal.”

Favorite guilty pleasure “As a college kid, I ate a lot of nachos, but you need to put a good eight ounces of cheese on them.”

What his next restaurant would be A true French bistro/brasserie. “I’d do it right down on the water. Raw bar, steak frites, steak tartare. Portland would eat it alive.”

What he’d be if he weren’t a chef “Seeing as I recently got a $265 speeding ticket, I’d probably join the road rally circuit and drive my new car as fast as I could for a living.”

Food trend he most dislikes “Too many people who place too much emphasis on what people are doing at El Bulli. I don’t want molecular gastronomy to go away, I just wish so many unqualified people wouldn’t try it.”

Favorite food book “I just got really into The Perfectionist, by Rudolph Chelminski, about Michelin-three-starred chef Bernard Loiseau. And I love Thomas Keller’s Bouchon cookbook.” 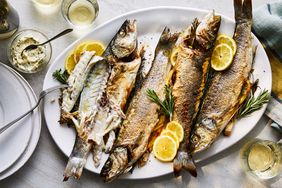 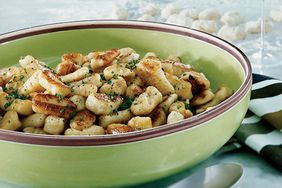 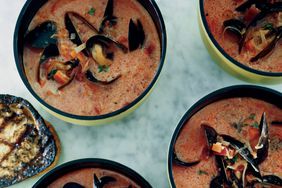 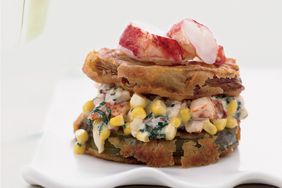