Rembs Layman is a Boston-based chef, known for his New Orleans-inspired cuisine. He helmed the popular Inman Square eatery Tupelo, where his fried oysters, gumbo, red beans, and rice became favorites of restaurant critics and customers. In addition to Food & Wine, his work has been featured in Boston Magazine, Boston Herald, Delish, and the Food Network’s Diner, Drive-Ins, and Dives.

Born in New England, Rembs (Rembrandt) Layman got his Louisiana flare from his mother’s New Orleans roots. He briefly studied visual arts in college but stepped away to pursue a culinary career. Layman cooked in several Boston restaurants including four years at Chez Henri before running the kitchen at Tupelo. He wowed patrons with his menu of soulful renditions of Southern staples like cheddar grits and pan-fried catfish. Guy Fieri was particularly dazzled by Layman’s confit pork belly corn dog with pickled habanero and onions. Layman then went to work for Season To Taste, a farm-to-table restaurant and catering group in North Cambridge. After more than two decades as a professional chef, Layman shifted his focus to become a stay-at-home dad and return to painting and drawing, participating in gallery shows with his artist mother Charlotte.

Rems Layman studied graphic design and illustration at the Massachusetts College of Art. He graduated from Newbury College with an associate degree in culinary science. 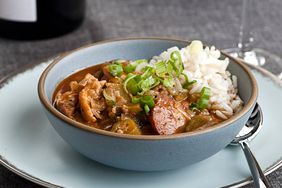