Raphael Kadushin is an award-winning food and travel writer based in Wisconsin. In addition to Food & Wine, his work has appeared in Bon Appétit, National Geographic Traveler, Condé Nast Traveler, MSN, BBC, and others. His fiction and journalism have also been anthologized in three editions of Best Food Writing and National Geographic’s Behind the Lens.

Raphael Kadushin credits an exciting childhood living in Jerusalem, Holland, and California and summers spent in Europe and New York for instilling in him his own love of travel and food. After a brief stint in law school and a Ph.D. program in English literature, Kadushin found his niche in book publishing as an editor. He also began writing anything that allowed him to use his own voice, starting with book and movie reviews, then later travel stories for Bon Appétit. Kadushin wrote a majority of the publication’s culinary travel features for nearly a decade, eventually serving as a contributing editor. His travel writing, which Kadushin considered “short stories,” also made its way into such publications as Travel + Leisure, The Wall Street Journal, Out, and Town & Country. When he wasn’t traveling, Kadushin served as the acquisitions editor, then later executive editor at the University of Wisconsin Press, where he became renowned for championing LBGTQ voices and providing LBGTQ writers opportunities to create in different genres, such as memoirs, histories, biographies, fiction, and travel books through his groundbreaking “Living Out” series. Kadushin himself edited three books, Barnstorm: Contemporary Wisconsin Fiction and the travel anthologies Wonderlands and Big Trips.

Raphael Kadushin studied English literature at the University of Wisconsin, Madison where he earned both a bachelor of arts and a master of arts. 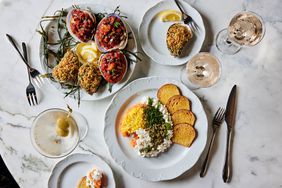