Why Because he strives for simplicity, paring extraneous elements from his French-influenced dishes.
Born Chicago, 1965.
Experience Elka in San Francisco; Le Bernardin and Le Cirque in New York City; Up Stairs at the Pudding in Cambridge, MA.
First cooking teacher His mother.
Culinary antithesis His mother. Roberta Leviton wrote a low-cholesterol kosher cookbook--"the two things that my cooking is not. Since leaving home, I've made up for lost time with pork and shellfish."
Ingredient he has a crush on Wolffish. "It's got an all-crustacean diet, so it's incredibly sweet, but it's one of the ugliest fish you've ever seen. It's got big buck teeth to catch shrimp with."
Hobby Rock climbing. "When we signed the loans on the restaurant, I had to promise not to do it anymore."
Trend he hates The rage for flavored foams. "The potential for abuse has been realized very quickly."
Vices "I nip at cookie dough. And I love a good chocolate malted."
Won Best New Chef at: Lumière, West Newton, MA 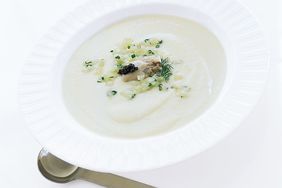 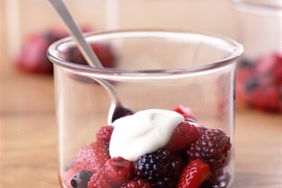 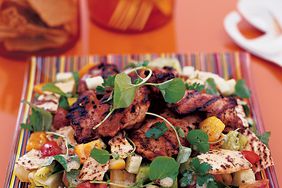