Michael Chiarello’s illustrious three decades in the culinary world began at the age of 14 when he took on a restaurant apprenticeship. He opened his first restaurant in Miami by the time he was 22 and was named Food & Wine’s Chef of the Year a year later. He returned to California soon after and settled in Napa, where he refined his now signature style of Italian-influenced Wine Country cuisine at the iconic Tra Vigne Restaurant. Chiarello has been a prolific restauranteur, having been managing partner for the Tra Vigne Group’s portfolio of seven restaurants, then later founding the PanoRama Baking Co. in San Francisco and opening restaurants in Aspen, St. Helena, and Scottsdale. In addition to his many restaurant ventures, he owns and operates the Chiarello Family Vineyard, where he crafts nationally recognized wines from his sustainably farmed, small-production home estate, as well as the award-winning Consorzio brand of infused oils and a line of artisanal food products. Over the last 25 years, he has written eight books, receiving the IACP Cookbook Award in 2002 for “Michael Chiarello’s Casual Cooking.” Chiarello has not only starred in his own cooking shows, he has also appeared on Bravo’s Top Chef Masters, NBC’s Today show, CBS's The Early Show, and Food Network’s The Next Iron Chef, among others.

Michael Chiarello graduated from the Culinary Institute of America in Hyde Park, New York. He studied hospitality management at the Florida International University School of Hospitality and Tourism where he earned a bachelor of science degree. 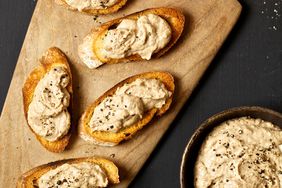