After earning her master’s degree, Meredith began building a diverse resume of work experiences from running events at the Lower East Side Tenement Museum to conducting brew history walking tours as a craft beer expert to working as a multimedia producer at New York Public Media. She was the lead producer on PBS Digital Studios' First Person, which won the Telly Award for Social Issues in 2015. Meredith also worked on such esteemed national PBS broadcasts as Pioneers of Television, The Story of Jews, and Finding Your Roots. She then landed the position of national food and drinks writer at Thrillist. Meredith went on to become an editor at Tasting Table and later a content editor at Google, where she focused on Zagat, Google Dining, and Google Trips. She returned to work for Thrillist, first as the senior cities editor and then as editorial director of travel. A beer enthusiast, Meredith is the co-founder of Beerded Ladies in New York City.

Meredith studied nonfiction writing, digital media, cultural theory, and ethnography at The New School, where she graduated with a bachelor of arts in media and cultural studies and creative writing. She holds a master of arts in social documentation from the University of California at Santa Cruz. Meredith completed her post-graduate studies in communication and culture at Indiana University Bloomington. 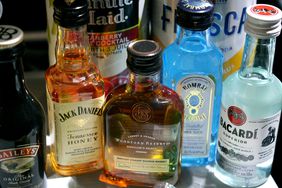