F&W Star Chef
» See All F&W Chef Superstars
As the duo behind Brooklyn’s Baked, Matt Lewis and Renato Poliafito are known for spectacular cakes, brownies and other sweets. Here is Matt’s holiday essentials, from the best Christmas cookies to a super-useful baking cheat (read Renato’s take here).
What are your favorite holiday food gifts? Christmas cookies in a tin. It’s something so simple but I don’t think people even expect them anymore, especially New Yorkers. I especially love shortbread during the holidays. The recipe in our second book is an adaptation of my grandmother’s. I make it every holiday. My grandmother is no longer around, so I make them for the side of my family that always expected her cookies. I deliver them for her.
What’s your favorite holiday cocktail? I don’t really drink mixed cocktails during the holidays, but I drink B&B literally from November to January. It’s almost a family tradition. We’d drink it after dinner, straight up. It’s a liqueur, so it has a nice sweet edge to it. When I was very young, around age 12, my dad also used to give us a little anytime we had a holiday cold, as his way of making us feel better.
Can you name a great entertaining tip? Don’t be afraid to use the freezer. I used to try to make everything come out of the oven as people were sitting down, and it was kind of a nightmare. Nine times out of 10 it doesn’t impact the dish. People are afraid of freezing cakes, but cakes freeze really well, particularly the cake sponge, before it’s been iced. The cake sponge, I would be hard-pressed to find anyone who could tell the difference between one that’s been frozen for a week versus freshly made. Obviously it shouldn’t be frozen for a lifetime. But especially if you want to double up or make a triple-layer cake, it saves all the drama if you make them beforehand and freeze them. I don’t make a ton of savory meals, but I do make a very spicy pasta dish of ravioli layered with cheese and sauce—almost like a lasagna—that freezes fantastically. Two hours before anyone’s coming over you can pop from the freezer into the oven, and it’s fantastic.
What are your 5 top don’t-miss places for a holiday trip to New York City?

Balthazar, especially for out-of-town guests, feels like the ultimate holiday in New York. It’s got the perfect lighting, the service is immaculate, it’s always decorated well, and the food’s great.
I love to take people to Rolf’s, an overly decorated German restaurant on the East Side. The food is OK, but they go over the top with the Christmas scene. It’s very tongue in cheek, but I get the sense they take it very seriously. It’s a good-natured place and everybody has a good time.
For hot chocolate near the holiday happenings on Fifth Avenue, La Maison du Chocolat sells one that’s like a melted candy bar. I first had it in Paris, and then they opened shop in New York. Jacques Torres sells a fantastic hot chocolate, as well.
Joe’s Shanghai is not classically holiday-esque. It’s got a couple of locations, but the Chinatown one has that bustling feel to it, very good food, and for whatever reason out-of-town guests seem to love it. I’ve never been there outside of October, November or December.
A cozy brunch at Colonie on Atlantic Avenue in Brooklyn. It has warm, wood walls, and a hearty breakfast menu but not gigantic portions, so you don’t leave feeling as though you’ve overeaten. Nine times out of 10, I have overeaten there but that’s not their fault. They have a great monkey bread starter that we always get. We love our monkey bread, but we don’t make it as often as they do, and ours makes enough for an army.

What’s your favorite cookbook of all time? The Martha Stewart Cookbook: Collected Recipes for Every Day. I got it as a gift in college. I’m always referring to it, even if I don’t always use it daily. Her mac and cheese recipe is in that one, and it’s now known as the best mac and cheese recipe out there. Of all my cookbooks it’s definitely the most used.
What’s one technique everyone should know? How to make caramel. It costs 15 cents to make it and 15 dollars to buy, people are terrified of it but it’s so easy, and you can adjust it however you want it to taste. You can make just a sugar and water version, or you can add butter or cream (we add sour cream to ours). I think there’s an overreliance on thermometer; I think you can usually do it better using only your eyes. Once it starts to brown is when you want to start paying attention, swirling the pan. Once it’s at the color you want, that’s when you immediately add the ingredients, whether it be heavy cream or butter or salt or a spice if you want to infuse a flavor. One thing we always tell people when we do our demos: It’s always better to have your traditionally cold ingredients, like cream, butter or sour cream, at room temperature so the caramel doesn’t bubble over when you add them. You should never add cold ingredients to a hot pan. 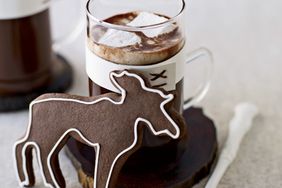 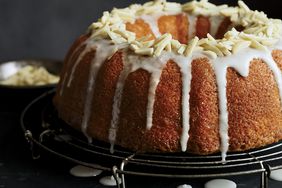 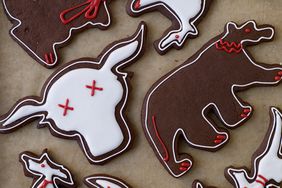 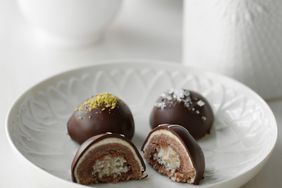