Lenore T. Adkins is a seasoned freelance journalist based in Washington, D.C. She has covered food, culture, social justice, and science for local and national outlets such as The Washington Post, Eater, Resy, DCist, and the James Beard Foundation. Lenore is also a public diplomacy writer for the U.S. Department of State.

Lenore T. Adkins got her start as a reporter for the Daily Herald Media Group. She covered community news for the sixth-largest school district in Illinois and seven towns in Chicago's northwest suburbs, rising through the ranks to become a newsroom leader. Lenore went on to work for Bloomberg BNA where she appeared as a U.S.-Cuba policy analyst on local, national, and international media outlets. At the same time, she began contributing to various outlets as a freelance journalist, including articles for the James Beard Foundation blog. From her base in D.C., Lenore has directed locals and visitors to the city's up-and-coming hotspots for food and drinks, entertainment, and cultural experiences. She has been on staff at the U.S. State Department since 2020 crafting public diplomacy digital content aimed at U.S. allies and diplomatic posts abroad that appear in multiple languages, such as French, Arabic, and Urdu. 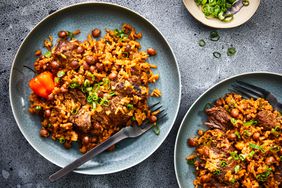