Before Laurie Woolever entered Anthony Bourdain's orbit, she spent a number of years working in and around the culinary world. She has been a private cook, caterer, recipe tester, and farm hand. Laurie was an editor at Art Culinaire and Wine Spectator. She began working with Bourdain as a recipe tester and food stylist for his Les Halles Cookbook (2004), becoming his assistant in 2009. In addition to collaborating with Bourdain on two books, Laurie has written for The New York Times, Vogue, GQ, Epicurious, Lucky Peach, Saveur, Bloomberg, Roads & Kingdoms, Taste, and others. She has toured the country speaking about food, writing, travel, and Bourdain. Laurie co-hosts the food-centric podcast Carbface for Radio. She is currently co-writing a cookbook with Richard Hart of Hart Bageri on sourdough to be published in 2023.

Laurie graduated from Cornell University with a bachelor of science in natural resources. She received her culinary training at the French Culinary Institute (ICC). 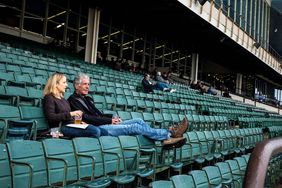