Lauren Groveman is a highly respected cooking and baking instructor, award-winning radio and television personality, and author of two cookbooks. Lauren is best known for hosting the PBS series Home Cooking with Lauren Groveman and her appearances on MSNBC, CBS This Morning, NBC's Today, HGTV, and others.

The daughter of a New York fashion model who rarely spent time in the kitchen, Lauren Groveman only learned how to cook in her late teens after getting married. She soon developed a passion for creating and sharing food, which would become her profession. In 1990, Lauren started her own company Lauren Groveman's Kitchen teaching cooking and baking classes from her Larchmont, New York home. She has since expanded to producing instructional videos, consulting, and life coaching. In addition to hosting her own radio and television shows, Lauren has contributed to both the PBS series and book Baking with Julia and five shows for Food Network's Chef du Jour. She has served as a media spokesperson for All-Clad, Cutco Cutlery, French's, Hellmann's, KitchenAid, Procter & Gamble, Thermador, and others. Lauren founded a non-profit organization called Hands-On-Food which supports incarcerated adolescent female inmates and recently released young adults through a culinary arts and life coaching program.

Lauren is a certified culinary professional and life coach. 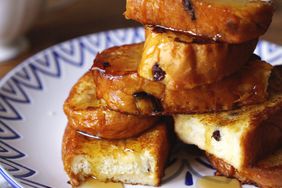 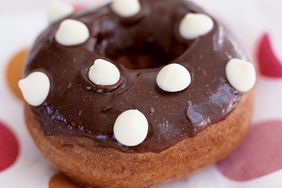