Won Best New Chef At Jose Enrique, San Juan, Puerto Rico
Why He’s Amazing Because he’s elevating Puerto Rican cooking, using ingredients from the vast market across the street from his restaurant. The chalkboard menu changes frequently during the evening, based on what the purveyors might bring in during dinner service.
Born 1977; San Juan, Puerto Rico
Culinary School The Culinary Institute of America (Hyde Park, NY)
Background Riche (New Orleans), Bili (Vieques, Puerto Rico), San Juan Water Beach Club (San Juan, Puerto Rico), Café Centro (New York City)
Quintessential Dish Crispy fried yellowtail snapper with mashed batata (sweet potato) and papaya-avocado salsa
How He Got Into Cooking “A lot of people cook in my family. My grandmothers, my dad, my mom; everyone does a couple of great dishes. My uncle would make Thanksgiving—huge turkeys stuffed with blood sausage. It was always fun.”
Beloved Cooking Equipment “My dad made his own Caja China. Picture a metal square oven with the heat coming from the top. He’d cook pork. The first few hours the pork is belly up, so all the fat drips down and confits the belly. Then he flips it over and the skin gets blown up and crispy. Kids fight over it. My dad’s Caja China is on wheels, it’s portable, he’ll set it up anywhere.”
Bringing It Home Enrique cooked around the world, in Belgium, France and the US, before returning to the neighborhood where he was born, to open his flagship restaurant.
Other Projects In San Juan, Enrique also runs Capital, a popular brasserie, and the coffeehouse Miel. In late 2013, he’ll open a restaurant in the eco-minded El Blok hotel in Vieques.Story of Discovery
“Until recently, I’d never been blown away by Puerto Rican food; the dishes I’d tried were always a little heavy and a little bland. But Jose Enrique and his bright, sharp, fresh flavors have changed my mind. At his restaurant—a casual place in an old house where weekend parties erupt on the street outside—he writes his menu on white boards, which allows him to add dishes in the middle of service. When I was there, he listed grilled thin swordfish steaks, from a fish that had been delivered just hours before, pairing it with his outstanding hot sauce made from chiles that he confits in oil for hours with garlic and tomatoes. Blood sausage also appeared on the menu. It was deep black and porky, speckled with chunks of delicious fat. Even better were the blood sausage spring rolls I had another night, baked in crisp spring roll wrappers with a serious swath of cream cheese, which melts into a rich sauce. That’s what a Best New Chef does: takes a cuisine you don’t think you like and turns you into a convert.”—Kate Krader 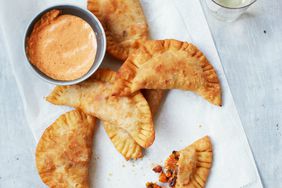 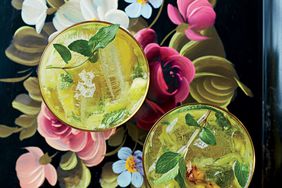 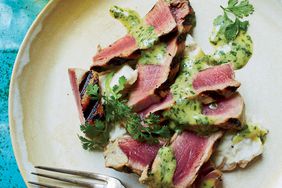 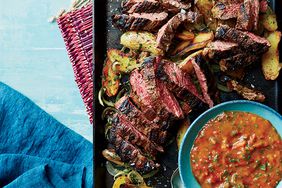 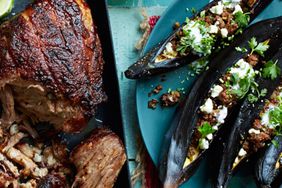 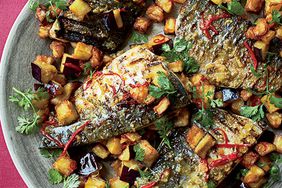 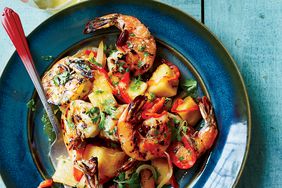 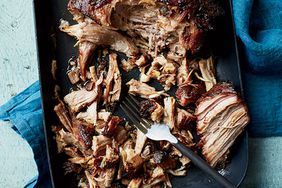 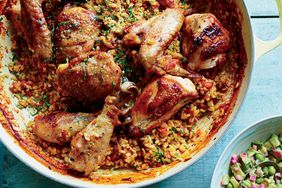 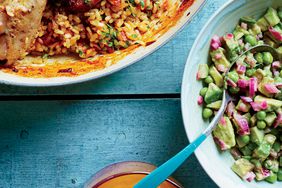