Gabriele Corcos has made a career of sharing his passion for Italian food alongside his wife, actress Debi Mazar. The couple has created a cooking show and cookbook, both titled Extra Virgin.

Experience: Gabriele grew up cooking with his mother and grandmother in Fiesole, Italy. He met actress Debi Mazar in Florence in 2001, moved to Los Angeles, and the couple was married in 2002.

In 2006, the couple made a video of themselves cooking spaghetti sauce and posted it on the then-new web platform YouTube. Viewers loved it, and the web series "Under the Tuscan Sun" was born. Gabriele and Debi's cooking interactions have been compared to Ricky and Lucy Ricardo, and they created the first cooking show for the Cooking Channel, Extra Virgin, in 2011. It ran for five seasons and won a James Beard Award in 2016.

The show became a New York Times bestselling cookbook in 2014, Extra Virgin: Recipes & Love from Our Tuscan Kitchen: A Cookbook.

Gabriele was executive chef at the Montauk Yacht Club in 2012 and opened his own restaurant and shop called the Tuscan Gun in Brooklyn (now closed). 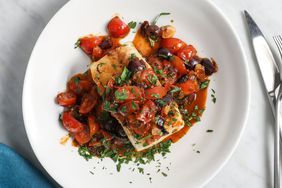