Why he won Because he’s talented and bold enough to play with classic dishes that might include esoteric animal parts, like tongues and feet, or an entire field’s worth of vegetables.
Born Napa, CA; 1981.
Experience Paley’s Place and Gotham Bldg Tavern, Portland, OR.
How he got into cooking “I went to Santa Rosa Junior College; on my first day, I found out what my math class requirements were. My counselor suggested I try cooking instead. I started a two-year culinary program there, but I dropped out after a year. I wanted to get into the kitchen and work. My parents would have killed me if I’d left sooner.”
What he learned from making desserts “When I was 19, I got a job at a place called Southern Exposure Bistro in Santa Cruz, CA. The chef said I was going to do desserts and salads and I had to deal with it. The first day I taught myself to make crème brûlée. It turned out well. I made a lot of mistakes, too, but I learned from them. That’s why I like when my cooks make mistakes now.”
Most memorable cooking experience “One Sunday at Gotham Tavern Bldg, everyone called in sick, so my buddy Travis and I, we did everything. We just got slammed and did 190 covers, and it was like the best night in the world. We drank a lot of whiskey after that.”
All-important kitchen lesson The power of a lemon squeeze. “My best friend, chef Tommy Habetz, taught me that: the power of acid.”
His age when he opened Le Pigeon 25.
How it got its name “My favorite tattoo is of a bunch of pigeons flying around with le pigeon written in cursive—I didn’t want a stupid chef tattoo with a flaming knife.”
Biggest influence “My sous-chef, Eric Vanklay. It’s pretty much just me and him. We stand together for 70 hours a week and talk about food.”
What keeps him going His open kitchen. “I constantly get to watch people enjoy what we make for them. Eight customers sit right there and ask me questions while I’m cooking.”
Favorite kitchen tools A fish spatula and a two-pronged meat fork. “You can use the fish spatula to flip anything in a pan, or get under anything on the grill. I’m not sure what the fork is really called—I call it the prong doohickey. Those two are my favorites.”
Ingredient obsession Tongue. “I love any tongue. I’ve had them all on my menu; right now I have pig tongue with apple barbecue sauce.”
Most exotic item on his menu “My menu always has some adventurous stuff. Blood pudding with the duck breast, or chicken-fried pigeon.”
Favorite childhood dish “I used to make spaghetti sauce. One of my chores was to make dinner once a week. My parents had a cheesy ’70s California wine country cookbook with a tomato paste sauce with brandy or sherry in it. That’s not the kind of sauce my parents enjoyed eating and it wasn’t that good, but at the time, it was the best thing in the world.”
Favorite cheap eat A Thai street food place in Portland called Pok Pok. “It’s not a pad thai place. When it opened, Pok Pok was just a shack; now they’ve opened up an underground lounge place.”
Pet peeve People who take themselves too seriously. “If people aren’t having fun when they’re cooking food, then I don’t want to work with them. My motto—that I tell my cooks—is, ‘If you have fun making the food, people can taste that.’”
Favorite guilty pleasure In-N-Out burgers. “I actually flew back from California with 20 In-N-Out cheeseburgers sitting on my lap. I ended up eating seven cheeseburgers that day.”
Favorite thing about Portland How accepting the people are of the food he cooks. “I don’t have to worry about whether customers will eat something. If we ask ourselves, ‘Are people going to eat this?’ it always sells.”
Favorite customer “One guy has been coming since day one. He’d been in 30 times by the time we were nine months old.”
Food trend he most dislikes Overproduced food. “When you pay a lot of money for smoke and mirrors.”
Favorite cooking show The Great Chefs series. “I watched it as a kid. That’s one of the reasons I got into cooking; whenever I was homesick, I’d watch it because it was always on and I didn’t have cable.”
What he’d be if he weren’t a chef “Probably a gas station attendant. I wasn’t on a very good track before I started cooking.”
Advice to future cooks Pay attention to everything that’s going on around you. “Stay focused but always be looking at what other people are doing. At my first job, I was just doing salad and banquets, but I asked a lot of questions. I learned how to make hollandaise and risotto because I was actually interested.” 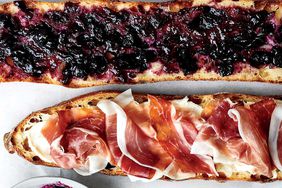 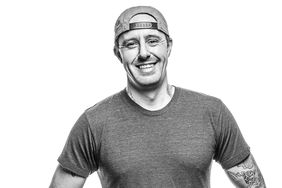 If You Want a Healthy Kitchen, Lead from the Top Down 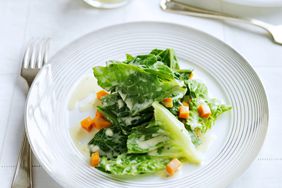 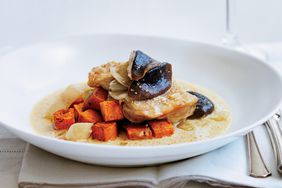