David Gingrass is a professional chef, restaurateur, and consultant with more than three decades of experience in the hospitality industry. He has worked with culinary luminaries like Wolfgang Puck and helmed multiple fine dining destinations in the Bay Area.

David Gingrass is a professional chef with fine dining and corporate restaurant management experience. After several years in Bay Area kitchens, David began working at Wolfgang Puck's storied restaurant Spago in 1986. After two years of managing the kitchen at Spago, David was chosen (along with his then-wife Anne) to open and helm Postrio, Puck's first restaurant concept outside of Los Angeles.

With five years of executive chef experience under his belt, David moved on and opened his own restaurant, Hawthorne Lane, in 1995. He was responsible for all aspects of opening Hawthorne Lane, from site selection and facility design to fundraising, menu development, and staff training.

When Hawthorne Lane closed, David was hired by Trader Vic's as corporate executive chef and proceeded to develop a new, modernized menu for the 80-year-old chain. David traveled extensively to train staff and implement his recipes throughout the company.

In 2014, David became the corporate chef for Pacific Catch, a Bay Area chain of casual seafood restaurants, where he oversaw seven kitchens and mentored their respective management teams.

Currently, David is the culinary director at Sam's Grill and Seafood Restaurant — the fifth-oldest restaurant in the country — and the chef-owner of Gingrass Smoked, a company dedicated to producing hand-crafted smoked fish products.

David started his career in hospitality at the Culinary Institute of America in Hyde Park, where he earned an Associate of Occupational Studies. 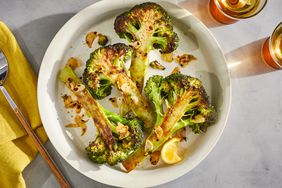