David Ansel is the cyclist and chef-entrepreneur behind The Soup Peddler, a soup delivery service in Austin, Texas that has evolved into a small quick-service chain of restaurants. David has over 20 years of experience in the food industry and is the author of The Soup Peddler's Slow and Difficult Soups: Recipes and Reveries.

David is the president and "principal soupmaker" behind The Soup Peddler, an Austin-based soup delivery business that has grown into a small quick-service restaurant chain with more than five locations. With an undergraduate degree in electrical engineering and no culinary training to speak of, David started making soup and delivering it to neighbors on his bike when he became disenchanted with his software developer job and other professional prospects seemed out of reach. In the first few months, David's subscribers numbered in the dozens but soon grew to thousands of "soupies." In 2005, David published The Soup Peddler's Slow and Difficult Soups: Recipes and Reveries, a collection of stories and recipes from his formative years of peddling soup to hungry Austinites.

A Baltimore native, David went to the University of Maryland at College Park and graduated with a B.S. in electrical engineering. During this time, he started to cook with his roommates and developed a passion for the communal aspects of working in the kitchen and sharing food. Traveling to Africa, the Levant, and Mexico as a young man further piqued David's culinary interests and inspired him to pursue a career in the food industry. 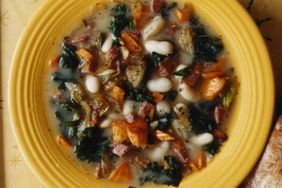