F&W Star Chef
» See All F&W Chef Superstars
Restaurant: Underbelly (Houston)
Experience: Brennan’s, Catalan (Houston)
Education: Art Institute of Houston
What dish are you best known for? My braised goat with Korean-style dumplings, which are a takeoff on classic Korean cuisine. We float steamed rice sticks in a kimchi stew. Then we sear the rice sticks and add braised goat meat with Korean red chile paste and beer.
What’s one thing everyone should know how to cook? For a neophyte cook, eggs are always the best learning experience because they’re so versatile. Once you learn how to cook them you can fend for yourself, any meal of the day.
What’s your favorite cookbook of all time? The one cookbook every cook should read is The French Laundry Cookbook. It was the bible when I was growing up, not just for the recipes but because it’s about the importance of every element. When I hear young cooks haven’t read it, it takes my breath away, and it’s the first thing I give them.
What’s one technique you wish you were better at? Making pastries. I’m just not wired that way. I have “bratwurst fingers,” so delicate things are hard for me to deal with.
What’s your current food obsession? Fish sauce. I use it in almost everything. I like brining chicken with lemon, thyme, garlic and a little fish sauce, and using it in crispy brussels sprouts and broccoli with caramelized fish sauce. We’re starting to make our own fish sauce in small batches, with shrimp bycatch.
Do you have a favorite food souvenir? The most cherished souvenir I’ve brought back from a trip is a 12-inch French Inox knife with a bone handle. I bought it in New York. It’s brilliant and inexpensive and fits my hand perfectly.
What ingredient will people be talking about in five years? People will be talking more locally raised things like benne oil, which is the true Southern form of sesame. It’s toasted and made into oil, but cleaner and nuttier than sesame, with no off-flavors.2013 Best New Chef Bio
Won Best New Chef At Underbelly, Houston, TX
Why He’s Amazing Because he’s a devout locavore borrowing flavors from his city’s diverse immigrant population, with delicious results.
Born 1972; Grand Island, NE
Raised Tulsa, OK
Culinary School The Art Institute of Houston
Background Brennan’s of Houston, Catalan (Houston)
Quintessential Dish Korean braised goat and dumplings
First Meal He Cooked “At age five I made breakfast for my mom. She ate a lot of egg shells.”
Wine Knowledge Shepherd ran Brennan’s half-million-dollar wine program for two and a half years. “To understand [food] you have to understand wine and your customers, the clientele.”
Custom-Raised Meat He purchases whole animals (he has an in-house butcher shop) from area ranchers but controls what they’re fed. His lambs get leftover mash from a Texas sake producer.
How He Describes The Food At Underbelly “New American Creole.” He’s heavily influenced by Houston’s large immigrant population—Vietnamese, Hispanics, Koreans, Indians. “We’re serving the food of locals who live in neighborhoods most people never see.”Story of Discovery
“Chris Shepherd looks like an all-American linebacker. (In fact, he is friends with several players on the Houston Texans and closes his restaurant on Sundays so he can tailgate.) So I was surprised at how Asian-leaning—and mind-blowing—the food at Underbelly is. His ‘braised goat and dumplings’ is actually crisp, fried rice cakes in a rich, spicy sauce laced with tender shredded goat and the Korean chile paste gochujang. Wagyu meatballs are served in a salty-sweet gravy, punched up with fish sauce that Shepherd ages in-house. At the end of the meal, there’s another surprise: A pamphlet in which Shepherd calls out places around Houston that inspire him. ‘We’d love to have you back at Underbelly, but we politely request that you visit at least one of these folks first,’ he writes. He says this about the restaurant Pho Binh by Night: ‘Bone marrow pho? Say no more. I’m in.’ Me too.”—Kate Krader 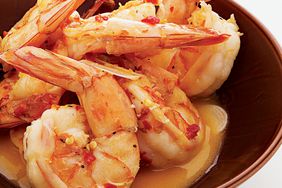 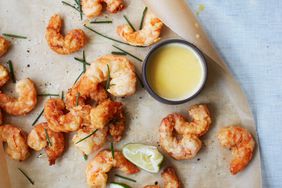 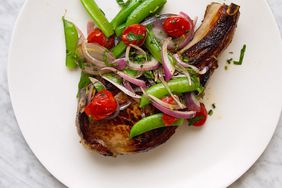 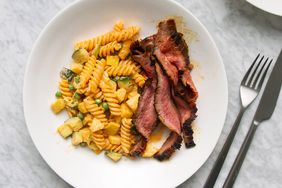 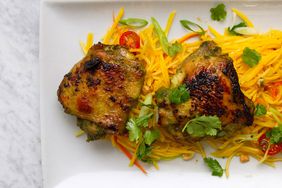