Bobby Heugel is widely regarded as the "architect" of Houston's cocktail scene. His many bars and restaurants, including the award-winning Anvil Bar & Refuge, changed the city's restaurant and bar culture. He is nationally renowned for his cocktail expertise and passion for spirits.

Bobby Heugel did not start out bartending to own a bar, much less establish a cocktail bar empire in Houston. He took a break after graduate school to indulge his interest in bartending. Bobby developed a loyal following by crafting creative cocktails at local bars, which led to the opening of Anvil Bar & Refuge in 2009. Anvil's success afforded him the means to start Clumsy Butcher Restaurant Group in 2011, through which he founded Haymarket Craft Food & Bear, the award-winning Underbelly, Julep, The Nightingale Room, Blacksmith, Tongue-Cut Sparrow, Better Luck Tomorrow, and The Pastry War, a mezcaleria. Bobby has used his training in communication and skills as a negotiator to advocate for such causes as higher standards of excellence in the bar industry, better training and hospitality, sustainability, and recognition for the people behind the production of quality spirits. His cocktail and spirits expertise has been featured in The New York Times, Bon Appétit, Food & Wine, and Imbibe, among others.

Bobby graduated from West Texas A&M University with a degree in Communication and Media Studies. He continued his graduate studies at Illinois State University, earning a Master of Arts in International Communication. 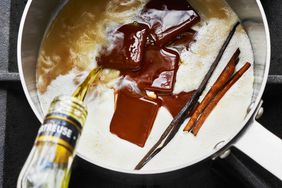