F&W Star Chef
» See All F&W Chef Superstars
Restaurants: Oleana, Sofra (Cambridge, MA)
Education: La Varenne Cooking School, Paris
What are you known for? Using spices and eastern Mediterranean flavors.
Favorite cookbooks of all time. All of Greg Malouf’s books, for his creative view on Middle Eastern food, his ability put a personal, modern touch on something so traditional.
What’s one technique everyone should know? How to mince garlic using the back of a knife. I don’t mean smashing it—I mean literally slicing it with the opposite, dull edge of the blade. It minces the garlic finely without juicing it up too much.
Best-bang-for-the-buck food trip? Turkey, particularly Istanbul or Gaziantep. Istanbul’s not so cheap but the street food is—I love to get the tripe sandwiches and fried mussels in the market. Gazientep is inexpensive. It’s the food capital of Turkey. I love the restaurant Imam Cagdas.
If you could invent a restaurant for an imaginary project, what would it be? Some type of cool community center with classes and a bunch of different cafés. There are several where I’m from in Seattle, but none out here in Boston.
What is your current food obsession? Sprouted things, like lentils and grains. I’ve been experimenting with some sprouting projects. I soak the beans or grains, then spread them out on a big sheet tray and cover them with a wet towel. We’ve been putting the sprouts in salads mostly, with storage—crop vegetables like shaved carrots, cabbage or turnips.
Describe a meal that tells your story as a chef. I first went to Turkey about 15 years ago, invited by some friends. I didn’t know anything about the country. We went to Gaziantep, where they arranged a potluck lunch. Thirty-five women each brought a different recipe they cherished. That’s where I first tasted the spice combinations we now use—unusual ones like sumac and dried spearmint and different red peppers, or cumin combined with cinnamon. Nothing was heavily spiced, but their bright flavors were like nothing I had never imagined before. Salads, vegetables cooked in yogurt, tiny bulgur meatballs braised with eggplant and tomato—the style of food and the flavors inspired me to start studying what I make now.
What do you eat straight out of the fridge, standing up? Oh, my god, what don’t I eat straight out of the fridge standing up? I don’t think I can narrow it down to one thing.
Best new store-bought ingredient? Kalamata olives from Paul Hatziiliades of Extra Virgin Foods. He’s bringing some great stuff in from Greece (extravirginfoods.com). I’ve always hated kalamatas since they’re usually mushy and overbrined, but his are the most exquisite ones I’ve ever had in my life. They come from a small estate.
Favorite online shop?Ritrovo.com. They have some beautiful things from Italy; we use their Controne peppers at Sofra, our bakery. It’s a dried pepper somewhat like Urfa or Aleppo pepper, but with more heat. Theirs is made by one man, who sorts the peppers by hand and dries them in the sun.
Favorite app? ChefsFeed, for eating out when I’m traveling. I used it when I was in Seattle a couple of weeks ago. They’ve done an amazing job. 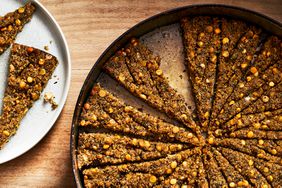 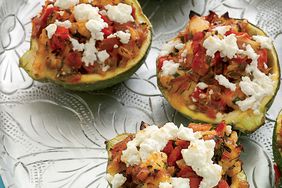 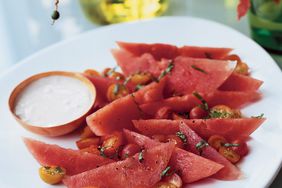 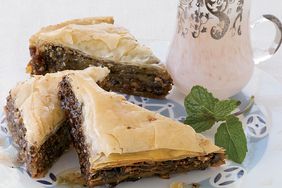 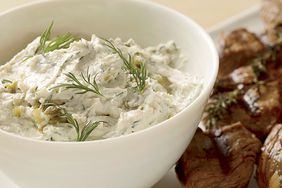 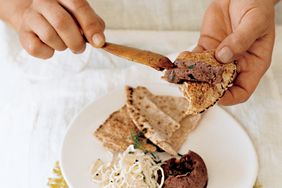 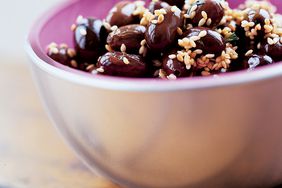 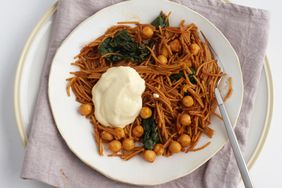 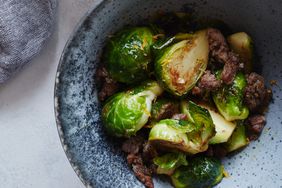