Allison Robicelli gained prominence for creating wildly decadent desserts at her popular Brooklyn bakery Robicelli's. Her culinary talent led to a turn as a contestant on Food Network's Chopped. Allison documented the trials and tribulations of running the bakery in her acclaimed memoir/cookbook, Robicelli's: A Love Story, with Cupcakes (2013). In addition to Food & Wine, Allison contributes to Food52, Food Network, Epicurious, Eater, Taste, and Extra Crispy. She has developed recipes for G/O Media, Wine Enthusiast, and Fine Cooking. Known for her wit and humor, she and her husband Matt host The Robicelli Argument Clinic podcast in which they and a guest comically debate an array of food-related topics. 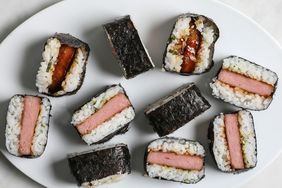